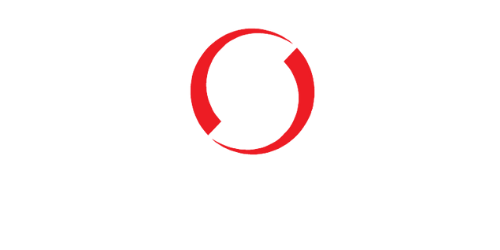 Rich was born in ’68 and raised in Harrington Park, NJ. He learned at an early age that a determined athlete can overcome any impediment. He grew up as a gifted baseball player but learned true dedication training for basketball. Despite having a height disadvantage, Rich earned the power, speed, and jumping ability to keep up with, and surpass, his teammates’ abilities. He is a proponent of children’s sports as a means of gaining confidence and ambition to learn and improve upon skills you can carry with you for the rest of your life.

Rich’s passion for physical fitness grew in high school, where he played defensive back and running back. He started at 120 pounds and after learning the ropes of weight training and power movements, he graduated on varsity at 170 pounds.

Rich developed a passion for competitive men’s fitness and bodybuilding through the “Mr. Rutger” competition. He graduated from Rutgers with a double-major in Exercise Science and Sociology and in 2003, he received a degree from the Fitness Institute, lead by Dr. Anthony Abbott, and became certified with the National Strength & Conditioning Association.
Fitness Accomplishments

"The more strength and energy a person has, the more quality a person can get out of life; not only on recreational activities, but in normal, everyday life activities as well."

Rich believes that hard work, perseverance and consistency “over time” is a true formula to reach your fitness goals no matter what level a person wants to reach.

Coaching is tailored to you at One To One Fitness What Others Have to Say “I am a long-time client of One to One Fitness and have been training with Rich Alvarez for over 15 years. During that time, Rich has helped me to get in the best shape of my life and to maintain my figure. I am now in my mid-fifties and have some physical limitations due to arthritis. However, Rich has helped me to work around these issues and do the best that I possibly can. Rich is very knowledgeable and always custom tailors a workout for me. He knows which exercises I can and cannot do, and he always encourages me to push myself so that I can maximize my workout. Rich has been a great trainer and a great friend. He always makes training so much fun and I look forward to working out every morning. I would highly recommend him to people of all ages and all physical abilities.”

Follow us on social media and never miss an update!

Want to get a fitness evaluation?

One to One Fitness, All rights reserved. ©2022 – Powered by S3 Marketing Solutions

Fill out the form bellow, and a member of our team will reach out to you to answer any questions and schedule you!

At One To One Fitness we promote fitness, health and wellness for the entire family. Our kids fitness program are designed for middle through high school and are available in the evenings at a time when kids are free.

Our coaches are knowledgeable and passionate. We encourage team work and positive reinforcement in a fun environment . Kids are taught proper form and are progressed safely to prevent injury risk.

The fitness evaluation at one to one fitness

Is very comprehensive and provides a baseline for physical fitness from which you can safely progress to achieve your goals. Our state of the art Inbody system provides feedback regarding your general health and wellness status such as potential cardiovascular risk, thus giving us the information needed to create a more personalized program to assist In optimizing your health.

Once we review the results we set up a specific program with active warm-up and cool down procedures. We will also be able to create a cardiovascular training routine for you. You will work with your coach to maximize your session’s time and improve in the areas needed. (e.g. Body composition, endurance, strength, etc.).

***We conduct frequent fitness evaluations and work with you to inspire you to stay on top of your game.

Our sports specific training program is unique. We work with our clients to develop agility and speed.

We tend to put a bigger emphasis on accomplishing tasks with time and efficiency. Most of our athletes understand the demands on taking their athletic abilities to the next level, and therefore we use the athlete’s strengths to aid in developing their weaknesses.

What is Agility Training?

Agility Training can be defined as being able to control center of gravity while maintaining a superior base of support, and to make quick decisions under stress and within certain environments. To accomplish this, we teach how to move adequately through all planes of motion and how to sustain a great base of support and center of gravity.

What is Speed Training?

If you are an athlete or have a son or daughter looking to take their fitness to the next level, then come work with our staff. Whether looking to run faster, jump higher, improve strength (or all of the above), we got you covered here at One To One Fitness.

Cardiovascular training is important for the lungs, heart and overall health and wellness. We provide our clients with a program to follow that will help to achieve their goals.

Our cardiovascular program will challenge your system to metabolize fat while preserving lean body mass.

We coach proper running mechanics so you can take charge of building a stronger body and mind.

Each cardio session could last from 20-60 minutes and is designed to support your fitness goals.

We encourage the use of MY ZONE a high-tech heart rate monitor system that is highly motivating and promotes accountability.

Join Us for our Saturday Smack-down!

The best of everything, indoor and outdoor. Join us for a group class which involves pushing trucks, flipping tires, running, lifting weights, and much much more!

Contact us for more information about taking your fitness to the next level and becoming a part of our amazing fitness studio!

We give you options:

Training with a friend is fun, motivating and promotes consistency.

Personal Training at One To One Fitness is more than just a workout, it’s an experience!

Our coaches work with you to design individualized programs to achieve your goals and push you to the next level.

We teach you dynamic warmups and mobility drills to prepare your body for the workout, as well as proper stretching techniques to help your body recover.

We encourage clients to do cardiovascular training as well as to make good nutrition choices which are necessary components of a complete health and wellness program.